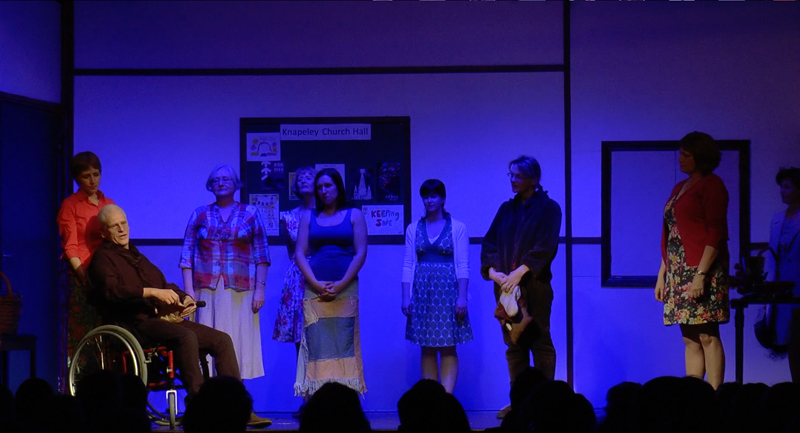 The society’s production of Calendar Girls in February 2014 was generally acknowledged as a milestone in Hutton Rudby Dramatic Society activities.

Licences for amateur productions were duly released with a condition of the licence that all performances had to be completed by the end of February 2014. Led by John Autherson, the society began rehearsals and set building at the end of the 2014 pantomime leaving just 6 weeks from first rehearsal to performance.

A very powerful script, polished and sensitive performances from the cast and very evocative and imaginative staging and lighting led to some incredibly poignant moments on stage and a production acknowledged by most as one of the most outstanding in the society’s history. The three performances raised over £6000 for charity, divided equally between Leukaemia and Lymphoma Research (the beneficiary of the original Calendar), and The Motor Neurone Disease Association (in memory of Alan Coles).

We were honoured to be joined by members of the original calendar girls team on the final night to acknowledge and celebrate the efforts of this small group in north yorkshire, intending to raise enough money for a new sofa in a hospital waiting room, which had resulted in worldwide donations to charitable causes in excess of 4 million pounds. 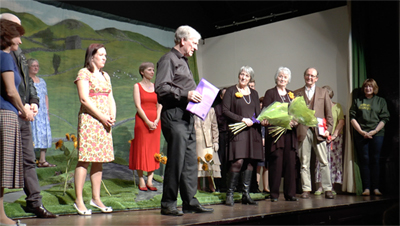